This gem is presented by Silent Hall of Fame.

to support our non-profit mission and the legacy of silent movie stars by making a tax deductible contribution.

This is a short preview. You can watch the whole film here:

The film is included in our program to illustrate the work of Marceline Day, a star of Silent Hall of Fame.

"That Model from Paris" is a critically acclaimed comedy-drama that has not been seen in 85 years.  The film stars Marceline Day and was directed by Louis J. Gasnier. Here are just a few of the reviews for this film:

The film will be the special attraction at the Wintergarden. It is one of the most entertaining pictures that has been screened for some time. It is bright, well directed, with a wonderful cast, rich sets, and many wholesome laughs.  The picture is chockful of entertainment, and a great deal of credit is due to the portrayals of the various roles by an unusually good cast of screen favorites.  Marceline Day, who plays the title role, is beautiful, charming, and a screen player of great promise.  The rest of the players are well cast.  The direction is of the best. (Queensland Figaro)

The story is well plotted, the situations novel, and the picture highly entertaining.  The continuity excellent. (Telegraph)

The film is excellent entertainment for any theater. It has spirited action, good characterizations and a human and comical story. (Moving Picture World)

Pleasing story, nicely told. Light tale that has plenty of attractive angles to entertain general run of audiences.  The film is important in that it brings to the fore a new luminary in the person of Marceline Day in the leading role, that of a drab, unattractive sartorially, and, because of that, physically, cashier who from the chrysalis becomes the most gorgeous and radiant of butterflies. (Motion Picture News)

Copyright Disclaimer Under Section 107 of the Copyright Act 1976:

"Allowance is made for "fair use" for purposes such as criticism, comment, news reporting, teaching, scholarship, and research. Fair use is a use permitted by copyright statute that might otherwise be infringing. Non-profit, educational or personal use tips the balance in favor of fair use." 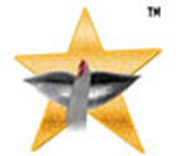